Poll: Which Blue has best shot at World Cup 10

Share All sharing options for: Poll: Which Blue has best shot at World Cup 10 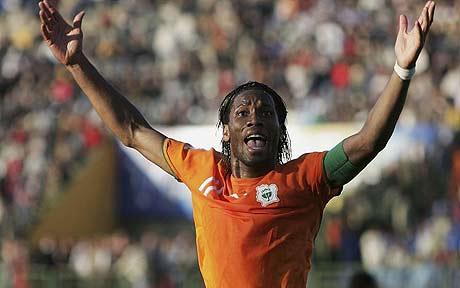 Of those yet to book passage, several still have the opportunity to do so. France, with Florent Malouda and Nicolas Anelka, in tow are destined for the WC playoffs. A win over Malta midweek for our Portugese click -- featuring Deco, Paulo Ferreira and Ricardo Carvalho -- will see them reach the playoffs as well. Russia, and Yuri Zhirkov, is also a lock for the playoffs. Petr Cech has much more work to do. His homeland, the Czech Republic, remain behind Slovenia and Slovakia -- with on-loan Chelsea youngster Miroslav Stoch making a significant contribution -- in Group 3.

Of countries featuring Chelsea players, which has the best chance at winning World Cup 2010 in South Africa. Let me know, people.