Chelsea may have won 1-0 at APOEL today, but it was from an acceptable performance. In fact, during the second half, it was quite unacceptable. Furthermore, I think you'd be hard pressed to deny the Cypriots a point following their inspiring display after the break. 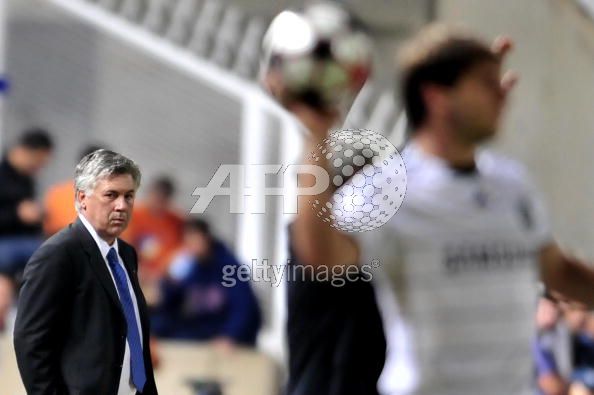 Ancelotti seemed to agree with my assessment:

"I'm not satisfied," CA said afterward. "I wanted Chelsea to play better and to take more control, to play with courage. We have to change, for sure. The players did strong work, for sure, and ran a lot on the pitch, but we have to play better. It was a good result but not a good performance, particularly in the second half. We tried to control the game with possession, but we made a lot of mistakes.

"Apoel played very well in that second half and deserved to draw this game. That is football. Sometimes that happens: one team wins like Chelsea did today. In the first half we showed good application of the system and took good control in defensive positions, but the second half was totally different. We lost a lot of balls. We allowed Nicosia to get back into the game. We would not be so lucky if we played like that against Liverpool. But we will not play like we did today. We will play better, for sure."

Can we all applaud this man for telling it like it is? Now, what to think of Frank Lampard's distincly subpar start to the term...