Share All sharing options for: Chelsea, Yachts and Bad Journalism

These "Roman to sell" stories won't disappear, will they?

First -- and the most entertaining, I must say -- was the informative and engaging "Chelsea or Yacht" expose by Prime-Taas. This heavily-investigated piece says Chelsea's billionaire Russian owner will have to choose between the football club and his £200m mega-yacht, Pelorus. 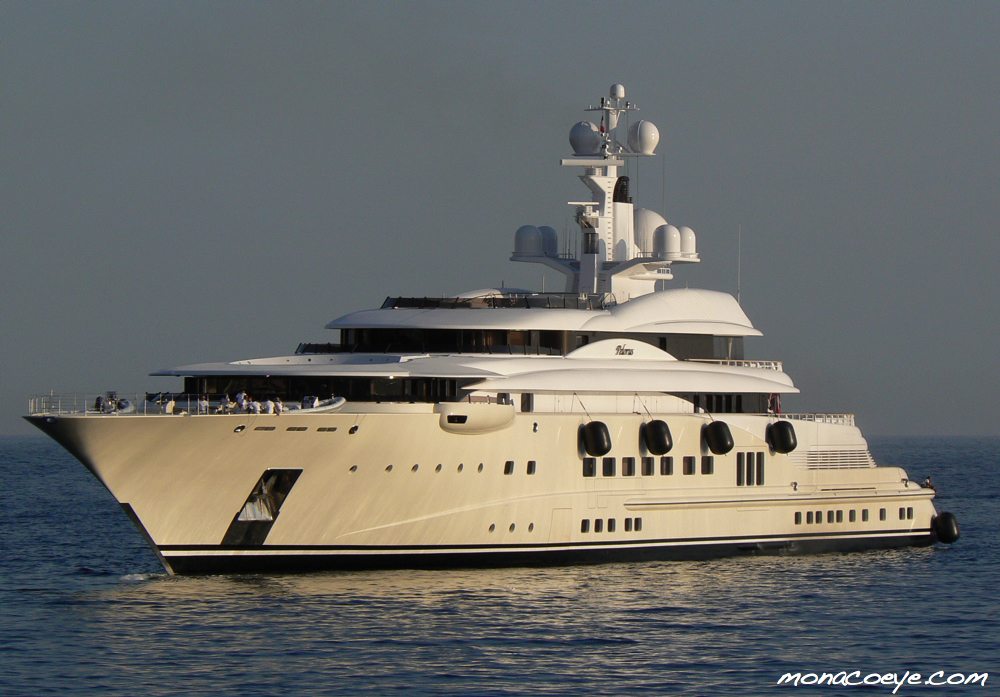 Pelorus, making moves. On the bow, you can see Rome making it rain for Cheryl Cole.

So Roman shells out £450,000 for Kings of Leon to play a private show over the holidays, and he's in dire need of cash. Sure. More to the point: Pelorus is only one of three mega-yachts the man owns -- the other two being the 525-foot Eclipse the 282-foot Ecstasea. Oh, and then there's that little tidbit about him giving away a fourth, the Grand Bleu, to a close friend. So he gives away the blue one? Maybe there is something to this story after all.

That's not the only report to come out regarding a possible sale of the club.

The Guardian got in the act Sunday.

"Doubts over Abramovich's liquidity have grown to the extent that Chelsea supporters have begun discussing the possibility of him selling a club who continue to require significant cash funding."

Really? I haven't heard any supporters discussing such a topic. Me love The Guardian, but, just like the above story, this one lacks any real substance. It does point out the newest cost-cutting measure put forth by the club, however: a decreaase in the number of complimentary tickets for players and staff. Interesting, but not evidence of a sell.

The most potent of stories revolving around this topic comes from Henry Winter of The Telegraph. Winter's column asks if Abramovich is "tiring of Chelsea"? And it's a good question.

Has anyone seen the man around the club lately. With a reputation of being hands-on and around the training ground consistently, it does seem strange. Also, if he's not interested in selling the club, why not make a public denial to reassure both club personnel and supporters? Again, strange.

Still, it's hard to believe this man, the man that has poured so much time and money over the past five years into Chelsea, would be keen to move on so quickly. Actually, I'd say it would be in poor taste for a man with the business mind of Abramovich to simply pull out. Not happening. Not now. Not in two weeks (ha).