Roman must speak up

Share All sharing options for: Roman must speak up

Once again, rumors of a Chelsea sale have surfaced. This has become commonplace over the last couple of months, and while most have to be rubbished, the sheer amount of stories has to be taken into account at some point.

This time, the man behind Manchester City's takeover in the summer is the chief character in the story. Dr Sulaiman al-Fahim, who brokered Abu Dhabi's 200m purchase, is supposedly working with Switzerland-based private equity firm ­Falcon Equity on a proposal to take our beloved Blues off the hands of one Roman Abramovich. 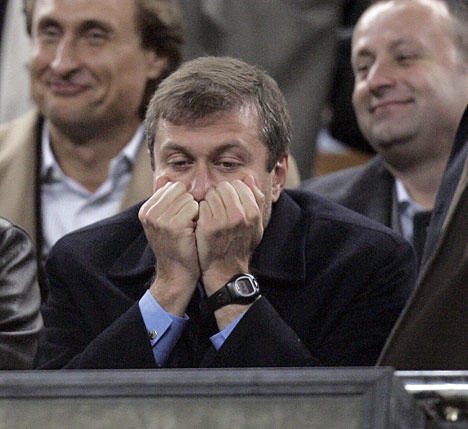 This story even has quotes!

"It's not entirely clear if Chelsea is for sale, but regardless of that, we first need to see if we are in a position to buy it," Al Fahim said. "Given that Roman Abramovich has invested over £500m into the club, it would not be cheap, and with the ­current credit crunch, nobody wants to be over-exposed on one deal. But through a number of investors, there is money ­available to put together a deal."

Hmmmmm. Thes stories quote a figure around 750m. Is that even enough? Abramovich has thrown more than 500m into the club since taking over in 2003. And, with the debt as well as facilities and overall health of the club, I'd think it would be worth even more. But I digress.

Even with all this being said, Roman -- through outlets like PK and Ray Wilkins -- is not looking to sell the club. This despite reportedly heavy losses thanks to the current economic downturn. To emphasize that point, the Russian is suing The Sunday Times over stories linking him with the sell of Chelsea. That's good news.

What would be better news? Roman actually released a statement, having a press conference or speaking at a match to re-iterate his commitment to the club. We all know the man loves football. But does he love Chelsea? I'm not sold. Regardless, it would be fantastic to see the man restore some stability to the fan base -- and the players/staff for that matter -- by publicly stating his plans for Chelsea. I don't want to here from pawns like Peter Kenyon; give me the real deal.

Until I hear from the man, I'm going to be a little worried. And with statements like the one below from al-Fahim, you have to worry. If these guys get ahold of the club, my God. Where has the passion for the game gone?

"I don't believe anything is ever not for sale if you come up with the right price. It's not about trying to buy a football team but about a business. You don't make money because 11 guys run around the pitch, you make money because of all the other commercial aspects that go with a football club, particularly real estate and television rights."