Uncle Phil, speaking on today's FA Cup third-round replay at Southend, revealed Didier Drogba wouldn't be making the trip. He also revealed he could care less about being sacked by Chelsea. 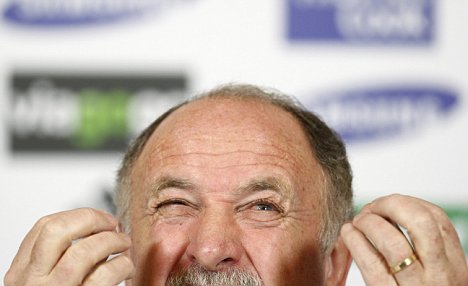 "I don’t care. If I lose my job, I have another job," Scolari told The Sun. "Maybe tomorrow, maybe after one year or two. I’ve worked for 25 years, so no problem.

"But if I go back to Brazil, I will like Brazil the same. When I was in Kuwait, I loved Kuwait. I had three fantastic years in Saudi Arabia. I love life, finish. If I lose or not lose my job, I will be the same."

If this is accurate, then I say push on now. I mean, are you serious? You have the nerve -- no, the audacity -- to publicly state your lack of commitment to the club? That's beyond me.

Maybe this is why the players are running around the pitch like 5-year-olds. No direction. No passion. Nothing. Great way to bring the dressing room together, too.

I trust this was taken out of context because, if not, I've had enough. I've been willing to let you slide Philly, especially during this run the likes of which we haven't seen at Chelsea in years. Now you want to come out and basically say, "eh, it's whatever"? That's not gonna fly with me -- or most of the supporters.