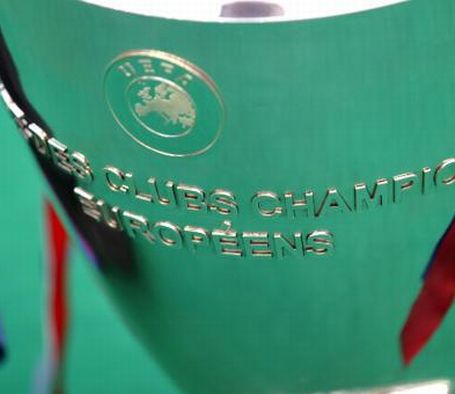 So, the long road back begins.

Chelsea's newest Champions League adventure opens at home against French side Bordeaux on Tuesday. The Ligue 1 side has been erratic thus far on the domestic front, winning two, losing two and drawing this past weekend with Marseille (who will snuff Liverpool this week).

Even manager Laurent Blanc, a former Manchester United defender (blah), didn't sound too optimistic: "We are perhaps not in the best condition psychologically to be on top form at the moment. And we are going through a difficult period."

Yikes. Chelsea, on the other hand, have looked solid thus far this campaign -- evidence by their spot atop the Premier League standings. The Blues are further enhanced by the return of Didier Drogba, who received a 20-minute runout in a win over Manchester City on Saturday, and Michael Ballack. Ballack, out for three weeks with a severe foot bruise, will add some much-needed grit to a midfield missing Michael Essien.

The most glaring disparity between the two clubs -- aside from payroll -- is at the back. Our defense is rock solid, the best in the world. Bordeaux is shaky at best. Add to that reputation the loss of fullbacks Mathieu Chalme and Benoit Tremoulinas (suspension) and the likely absence of Brazilian Henrique (injury) and you have all the makings of a rout.

Prediction
I fully expect Chelsea to release a statement, an imposing one. A 3-0 result would not surprise.