Prem Preview: None of that

Share All sharing options for: Prem Preview: None of that

Spurs have recently been just that in the side of Chelsea. Last year, those bums were able to not only pry the Carling Cup from our hands but also also deal a devastating blow to our Premier League title aspirations -- let's be real, Robbie Keane's out-of-nothing finish did that. 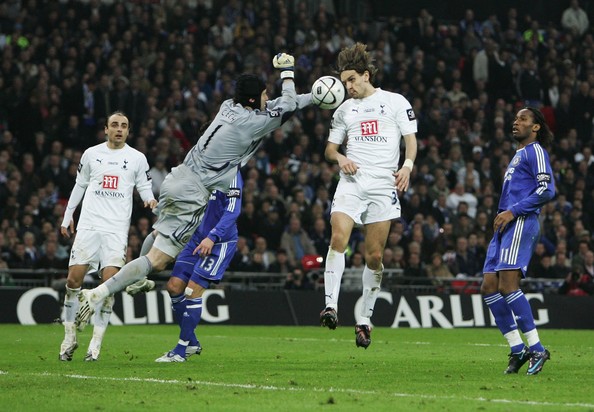 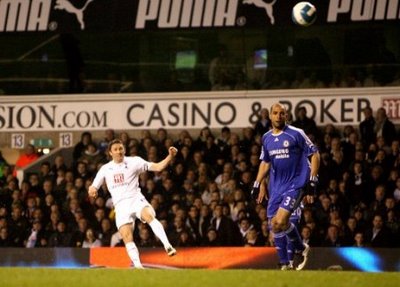 and none of that.

We could expunge some of those nightmarish memories with a nice beating Sunday at Stamford Bridge. Tottenham, however, will be desperate to grab something out of this game after suffering a pair of defeats to open the season.

Count Berbatov has been left out of Juande Ramos' squad for the match, intensifying the rumors linking him with a new coffin in Manchester. London's newest fashion icon, Russian forward Roman Pavlyuchenko, could slot in up top in place of Berbs -- but I doubt it.

As for Chelsea: Expect to see Michael Ballack and Obi-Wan Mikel back in the mix for Chelsea, particularly Mikel after it was clear last week that Michael Essien was not close to fully fit. Didier Drogba is still suffering terribly so Le Sulk continues to be ze man at the point.

Prediction
I can't see any of this 4-4 nonsense again. However, a clean sheet is looking unlikely. Still, I like the Blues -- and who doesn't at the Bridge. Look for them to extend that home undefeated run to 84 games, with a 2-1 win.

Must-See TV
Oh, by the way, after the game, be sure to seek out and see/listen/stream Robinho's news conference. The young'n is supposed to plea for a move his "dream" move to Chelsea -- that, or apologize to the Real Madrid community and beg for forgiveness.