The Cobra Kai were right, sometimes you just need to beat the hell out of someone. This week, for Chelsea, the lucky schmuck will be Wigan -- hopefully.

Thanks to flabby & sick Emile Heskey last April, Wigan managed a 1-1 draw at Stamford Bridge. It was a result that effectively ended Chelsea's Premier League title challenge. Now, four months later, the Blues have a chance to inflict a little damage of their own in return. 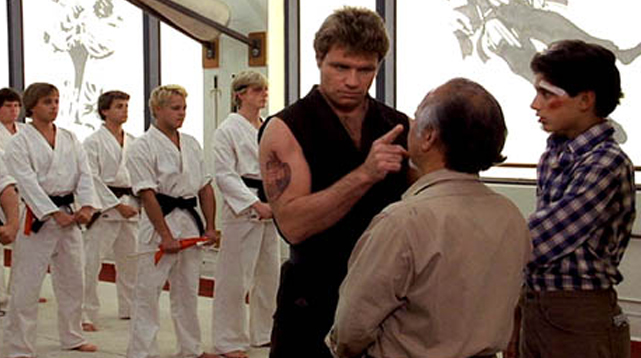 Big Phil tells Steve Bruce what it's going to be.

Improving upon last week's dismantling of Portsmouth to open not only the season, but Uncle Phil's tenure will be nearly impossible. Still, I expect nothing less.

We will likely see the return of Michael Essien with Michael Ballack struggling with the foot injury he picked up against Pompey. Salomon Kalouuuuu is back from Olympic duty, adding much-needed depth to a front line already missing Didier Drogba and Andriy Shevchenko, who is all but an AC Milan player again (subject to a medical). Other than that, we should see the same lineup that stole the show a week ago.

For Wigan, Ryan Taylor will be available as will Heskey (bah). I expect we'll see more of Daniel De Ridder, who manager Steve Bruce signed from his old club Birmingham earlier this summer. Mario Melchio will face one of his former employers for, what, the millionth time.