Chelsea broke in its newest addition today with the official opening of the new academy at Cobham. Among those on hand for the shindig included Sir Trevor Brooking, John Terry, Uncle Phil and Romes himself -- nice, dude!

The ceremony came prior to the Cobham Cup kickoff, a subject I'll tackle in my next transcendent blog post. As for the facility, it supposedly also features a "Community Pavilion." Now, whether or not that's like the Olympic village is up for debate.

JT had the honor of revealing a plaque to commemroate the day. Seeing as he's the only worthwhile product of the youth system at Chelsea thus far, I think they may have made the right call.

For the rest I'll let the official website tell it:

"It is home to the Under 9s through to the Under 18s, with each age group having their own changing rooms, although while the scholars will be based there, they will still have lunch in the main building, in order to continue building a good relationship with both first team players and reserves.

"Still, the new building has its own kitchen and many of the same facilities as the main building, the only difference is the amenities in the new building are dedicated to the needs of the Academy. This means treatment rooms, gyms and rehabilitation rooms are all designed with the younger generation in mind.

"The new building also allows local communities to maintain involvement with the Cobham grounds as they play weekend matches there, as well as permitting the Academy's management structure and Football in the Community's 136 coaches to work alongside one another.

"The Community Replacement Building now means the 140 acre site can accommodate all elements of football, from the elite through to the local community's weekend games."

So, to sum it all up, this place is the tits. Here's some pictures of the small city. 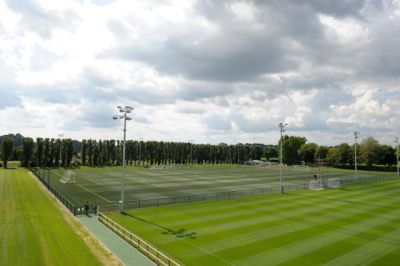 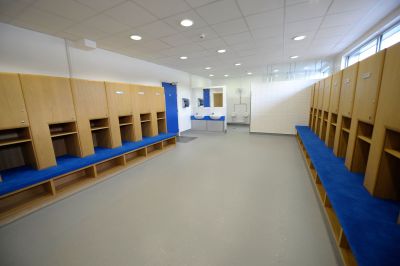 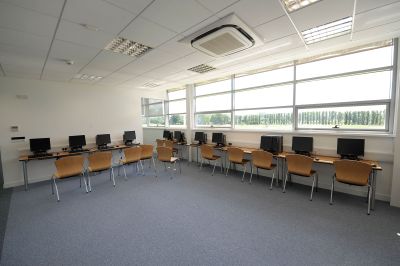