Worried about the ongoing search for a manager?

Share All sharing options for: Worried about the ongoing search for a manager? 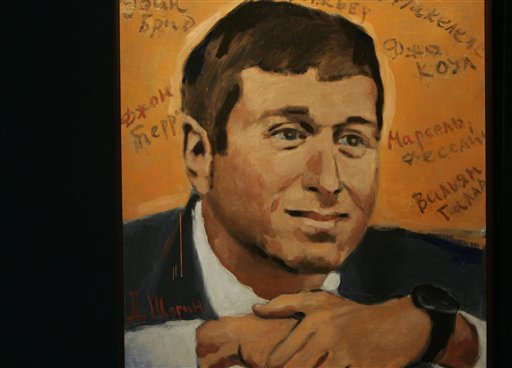 Don't be. Why you ask? Well, our owner isn't too caught up in the fiasco.

Instead of interviewing candidates, Roman's been busy tossing benjis around Switzerland. No, not in anticipation for Euro 2008. Instead, he's been unloading wads of cash purchasing fine art at Hall 2 of the Basel Messe. Roman & Co. spent some time earlier this week at an exclusive showing at the 39th annual Art Basel, the world's largest fair of modern and contemporary art.

"Abramovich paid record prices of $86.3 million for a Bacon painting and $33.6 million for a work by Freud at the May sales, according to the Art Newspaper."

Anyway, is this an indication that a manager has already been lined up and the only thing preventing an announcement is Euro? Hiddink, Scolari? What do you think?