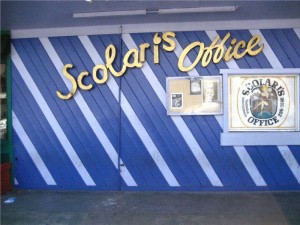 "Chelsea Football Club is delighted to confirm that Luiz Felipe Scolari will be the club's new manager from July 1, 2008.

Felipe has great qualities. He is one of the world's top coaches with a record of success at country and club level, he gets the best out of a talented squad of players and his ambitions and expectations match ours. He was the outstanding choice.

Out of respect for his current role as Head Coach of the Portuguese national team, and to ensure minimum disruption to this work, there will be no further comment from Chelsea FC nor from Felipe about his new role until his employment with us commences."

I don't know about you, but I'm pleased with this decision. The guy's got mad clout son. I have to say, though, really awkward timing for an announcement. What's that all about? I assume to aid in transfer dealings.

Anyway, drop you thoughts here. Happy, sad, wistful, whatever -- let us know how ya feel.