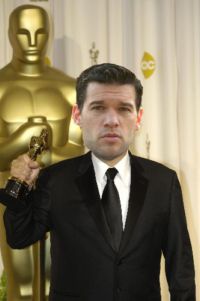 Most Valuable Player of the Season: Michael Ballack
Joe Cole was the official player of the season, a fair choice no doubt. But I believe Ballack has meant more to the squad, particularly during an end-of-season run on two fronts. Ballack -- currently my mancrush along with Shia LaBeouf -- powered the Blues with not only massive performances but with a leadership and confidence the club most definitely drew from.

Young Player of the Season: unknown
Really, do you know of one? Let me know? Di Santo doesn't count.

Least Valuable Player of the Season: Tal Ben-Haim
The Israeli made a 4 million pound move in the summer, then proceeded to sh*t the bed for the first few months -- anyone remember him being absolutely seared by Torres? Thankfully that was the last we saw of him, well, until he decided to chastise Avram for not seeing enough first-team action. Unbelievable.

Most Improved Player of the Season: Salomon Kalou
This was probably Ballack's award to win, but I've already thrown him some hardware so this one is going to Kalou. Our other Ivory Coast man was still erratic as hell, and damn frustrating. However, when you look at the stats -- and they never lie, do they? -- you see seven goals, and nine assists in 24 Prem starts. Not too bad I'd say.

Asier Del Horno Wack Transfer of the Season: Nicolas Anelka
Le Sulk looked up to the job in his first game with Chelsea after arriving from Bolton in January for £15 million. He then proceeded to hit a barren spell the likes of the Sudan hasn't seen. Yes, he was being played out of position. Regardless, he's supposed to be a genuine goal scorer -- two in 23 appearances says something otherwise. He only enhanced his rep by refusing to take the decisive fifth penalty in the Champions League final. Instead, he went on to seal Chelsea's fate in that shootout and then decided to criticize Grant's use of him. Pack your bags.

Balls of Steel Award (for mettle): Frank Lampard
Contract turmoil, the loss of a parent, Lampard had an incredibly tough season. It didn't stop the man from stepping up to the plate when the team needed him most, burying the penalty kick that eventually sent Chelsea on to its first-ever Champions League final.

John Arne Risse Header of the Season: John Arne Risse
The Norwegian threw himself at a Salomon Kalou cross four minutes into stoppage time. The rest is history.

Too Gangsta for TV award: Ashley Cole
Cashley turned his back, b-boy style, to Mike Riley in the 4-4 draw with Tottenham. He solidified his gangsta-ness later in the season, throwing up mid-sex act with some young slore.

Sportsman of the Season: Andriy Shevchenko
We all know Sheva was pissed. Yet he never complained as far as a I know. Sheva showed signs of adapting to England early on this season, but then was shunned as Drogba and Anelka became figureheads once again. He popped up late in the season with a pair of critical contributions, scoring against Bolton in the final game of the season and producing an amazing goal line clearance to preserve the Blues' win over Manchester United on April 26.

Match of the Season: Chelsea 4, Tottenham 4
Blah. What can you say about this one that hasn't already been said?