Why is Sky hatin' on Chelsea?

Share All sharing options for: Why is Sky hatin' on Chelsea? 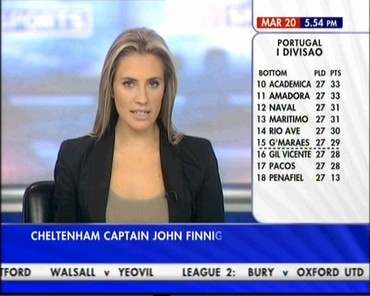 So Sky Television and the Premier League have decided to move another Chelsea fixture. Just two weeks after rescheduling the Everton game for next Thursday, they have now pushed back the Blues' penultimate match of the season with Newcastle, two days to May 5. The match was originally scheduled for 8 p.m., but Chelsea successfully tabled for it to be moved to 4. Expectedly, Chelsea was none pleased with the change.

A statement on the club Website reads: "Although all clubs have had the occasional fixture change from Saturday to Monday due to live television which is something that we accept, Chelsea FC would like to make it clear that we opposed this particular switch as we were initially being forced to play the match at 8pm, making it impossible for our supporters to make reasonable travel arrangements, more so as this is a Bank Holiday and public transport is likely to be limited and there will be increased traffic on the roads."

Why is Sky beefin' son? I mean, this can't all be about the dough could it?