Pizza Man: Where The Party At?

Share All sharing options for: Pizza Man: Where The Party At? 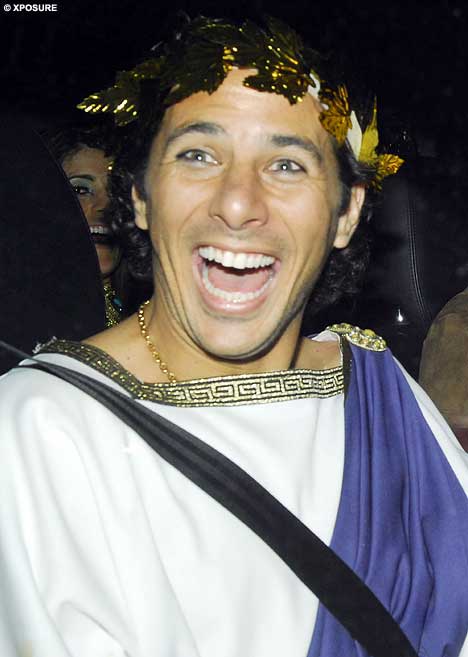 Claudio Pizarro, who last week was suspended for 18 months from the Peruvian national team by the nation's World Cup commission for allegedly raging after a game with Brazil in November, released a statement late Sunday denying the allegations. Pizza was said to have invited a few females and some teammates over to indulge in a bit of ol' fashioned fun. He, however, claims to have hit the sack (no, not that sack) by 11:30 that night.

"I'm surprised by the sanction and I reject it. I'm innocent," Pizarro said in a telephone interview with Peru's Canal 4 news program.

So who shall we believe? The guy who dresses as Caesar for parties? I'm thinking not.

You'd think this guy would wait and throw parties when he's with Chelsea, seeing as he is more likely to see Drogs & Co. at a party than at Stamford Bridge. And from the looks of it, he could possibly have a pretty successful career as a planner. I mean, I know Werder Bremen is interested and all that jazz. But serving as Chelsea's event coordinator, that could be a pretty fab gig for Pizza. Think about it man.