The Bionic Man found the back of the net for the first time since opening day of last season, pulling Chelsea even closer to the top of the Premier League. 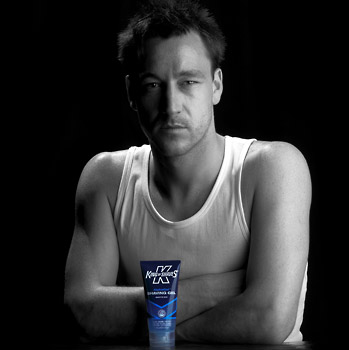 JT struck in the 10th minute, flinging himself at a Lampard corner in trademark Terry style. The rest of the match was uneventful -- unless you're a Sunderland fan. Make no mistake, this wasn't was of our finest displays. It was an efficient, griding result that, by the end, we were glad to have stuffed into our pocket.

Our win, coupled with a draw from Arsenal and a win from Manchester United leaves us three points behind the second-place Gunners with a game in hand. That, and a clash with Arsenal next weekend.

Back to Saturday's action. The Black Cats, who were in the ascendancy as the game progressed, forced a couple of fine saves out of Carlo Cudicini; of note was Andy Reid's dipping free kick late in the opening half. By the second, Sunderland was controlling the action. Kenwyne Jones, in particular, worked his a$$ off and probably should've been rewarded with a goal from one of his two clear chances (not that I'm complaining). In the 54th, some poor defending from Alex, who understandably was rusty after being dropped for a spell, failed to properly find Cudicini with a back pass. Sunderland nearly took advantage, only Carlo and the post keeping out an effort from Grant Leadbitter.

Predictably, we switched off after Terry's strike -- in the Mourinho mold -- and never really looked like scoring after the opening third of the match. We were perfectly happy to knock it around and soak up pressure. By the way, has anyone noticed just how much of our attack runs through Kalou these days? This guy finds the ball more than nearly anyone -- which is unfortunate seeing as he rarely makes the proper read or appropriate decision. At least he's more astute than SWP, though, right?

And lastly, a word on Roy O'Donovan and his "trailing leg." Who is this guy? I mean, acting all gangsta when Carlo got in his face. Carlo should have dropped the hammer.