Share All sharing options for: CL: A Greek Tragedy? 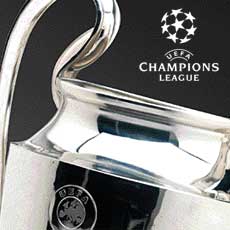 This is no doubt going to be a tricky fixture for the Blues, against a fairly in-form Olympiakos. The Greek outfit is undermanned, but former Portsmouth striker Lomana Lua Lua could be back for team already missing Raul Bravo and Didier Domi.

Chelsea has no such problem. A nearly full-strength squad will be in Athens, giving Avram Grant a pleasant dilemma. Drogs should be in the squad despite a nagging knee injury. Key note: Sheva was left out of team for the trip -- he is not considered full fit despite his appearance against Huddersfield on Saturday.

How Grant lines them up is up for debate. Ballack has a slight problem so it's likely we won't have to worry about how he and Lampard coexist. Up front, maybe we'll see a Drogs-Anelka combo.