Tis the season ... for poor results.

Chelsea have looked less like an elite club and more like a pub side of late. A goalless draw away to Everton on Monday followed a home draw with West Ham, and leaves the Blues with just one win in the top flight since November 15 at Bolton. 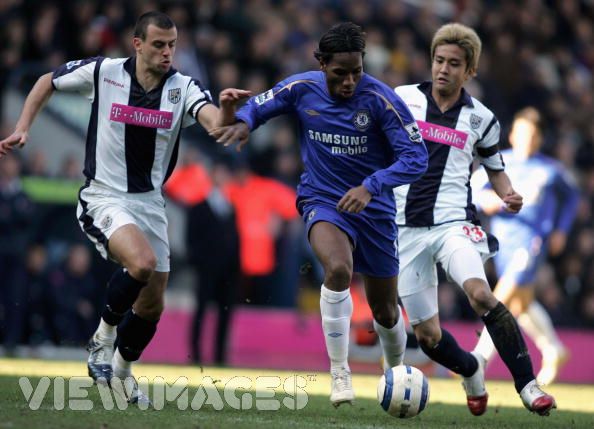 How do we get it? Well, playing West Bromwich Albion is a good start. At home? Well, it still should be OK (I hope).

The Baggies are coming off a solid 2-1 result against Manchester City so they should be up to the task Stamford Bridge usually presents. Chelsea should be motivated also, seeing as the squad has been listless and uninspired of late. If Uncle Phil wants to be in charge for another month, he must start to get through to these guys.

Word on the street is Drogbacite will be handed a rare start. I like it. Although he was utterly useless in his 45 minutes against Everton, he is imposing and presents plenty of problems to opposing sides. I mean, who would you rather not see: Le Sulk or Drogs? Easy answer.

EBJT will be sitting this one out thanks to the red card he picked up from Premier League referee, and part-time cross dresser, Phil Dowd. While Ricky Carvalho has returned to training, I doubt will see him. So expect Ivanovic and Alex in the middle of defense.

You can bet Phil's favorite pet, Deco, will be in the mix as well. F**k.

Regardless, you have to like our chances against WBA. If we can't pick up three points against Championship sides, we need to start rethinking our goals for the season? UEFA Cup place, perhaps?