No, this question does not regard our loss in Rome in midweek nor does it revolve around our current problems in attack (just because we're scoring goals -- against midtable opposition mind you -- doesn't mean there aren't problems). 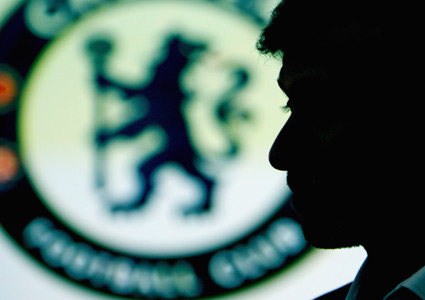 The current global credit crunch has affected us all in different ways. For Romes, it's taking a hefty bite out of his assets. According to a Bloomberg study released on Oct. 10, "Chelsea FC owner and Evraz Group SA shareholder Abramovich, 41, lost $20 billion, based on assets excluding property and cash."

Does that mean Romes is only worth about 3.5bil now? Of course, not. Should alarm bells be ringing in Chelsea supporters' ears? Perhaps.

What we know is that what Roman has lost is basically stock options. That, my friends, does not equal equity. Thus, he was never reliant on that part of his wealth to fund the club. And, of course, that stock will likely rise -- although not soon.

Still, it will have an affect on Chelsea. Matter of fact, it already has somewhat.

We've all seen the articles regarding the restructuring of the Chelsea scouting network. Some 15 scouts lost their jobs in this "restructuring." While it's clear this was done as a result of the ineffectiveness of our scouting system, the move had to partly be done with Roman's financial situation in mind.

It's also widely been said, by chief scout Frank Arnesen in particular, that the days of lavish spending by Abramovich are over.

"The structure is now in place and the financial crunch has meant that Roman has hit the financial brake, and asked us to cut deep, we have cut down significantly on scouts and other activities," Arnesen said. "However, we are now getting close to the time when the club can carry on without Roman's money."

Word has also been circulating that Uncle Phil will only have around 10 million pounds to spend in the January window. If true, then the Club is certainly taking a different turn with regard to spending.

It could represent a great time for the club. That is, if we are able to use our fantastic resources to secure affordable, young talent (i.e. Arsenal). Then again, young talent is becoming more and more expensive. With the ever-growing amount of scouts, and resources, available to clubs it seems less and less likely that quality players with be had on the cheap.

So, I ask, is the current plight of Chelsea worrying? Or is it simply a change we can deal with -- and possibly flourish under?