Are we that broke?

Share All sharing options for: Are we that broke? 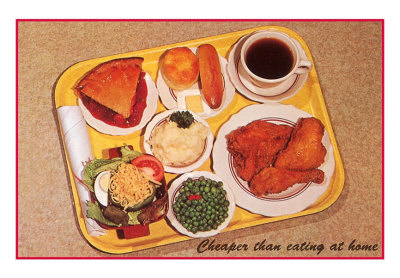 Chelsea are examining every way in which to cut costs at the club. And I mean, every way.

The latest rumor to surface is that the club may force players and staff to pay for meals at the Cobham cafeteria. Are you serious?

A spokesman even confirmed this nonsense with the Mirror: "Costs at the training ground are part of an ongoing review. We are aware that other clubs charge staff and players, but no decision has been taken yet."

That story goes on to include a quote from a "senior Chelsea player."

"They must be joking if they think we'll pay for a crappy sandwich and a cup of tea. Next they'll be putting meters in the players' car park or asking the NCP to run it for them."

Still, this is a pretty ridiculous idea. I mean, what's next? Players must furnish their own training gear. Or, better yet, player- and staff-helmed fundraisers. M&Ms and Krispy Kreme doughnuts to the rescue!