This week, Peter Kenyon sort of denied Chelsea is looking at building a new stadium in Battersea. But not really. 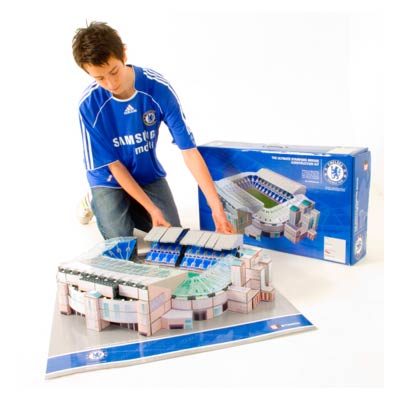 "We have always wanted to see if we could expand Stamford Bridge and until that's fully exhausted there are no immediate plans [to move] and in fact an immediate plan would be five or seven years away anyway," Kenyon told Sky Sports.

"At the same time we have been evaluating is there anywhere else in the locality, but looking for a 20 acre site close to Chelsea is never going to be easy. We get approached all the time - this is no more than one of those approaches. To say we have got plans or we are committed to moving away from Stamford Bridge is just incorrect.

"Stamford Bridge is unique in its location, it is the home of Chelsea and it would have to be very, very special to take us away from there."

Looks to me as if Pete was running some serious damage control. Of course, this "denial" emerged only after a whole heap of articles surfaced with in-depth information -- including quotes from employees of the company allegedly responsible for the designs, HOK Sports -- regarding the new stadium.

Regardless or whether or not this is true, how does everyone else feel about Chelsea actually leaving Stamford Bridge. I mean, to me, the stadium has become as indelible an image as the club itself. Moving would no doubt cause controversy, most of all amongst us fans -- the backbone of the club.

I'm not saying I'm against a move away -- if that move best represents a step forward for Chelsea -- but I just don't see it being a good idea at the moment. Heck, we're not even selling out matches at the Bridge as is; what makes Roman think we will at a bigger stadium?

The most interesting subplot revolving around a proposed move was provided by the Guardian. Peep this:

"To move, Chelsea would need the nod from Chelsea Pitch Owners, a non-profit organisation formed in 1997 to prevent Stamford Bridge being sold again to property developers. They own the naming rights to the club - so could force Chelsea to change their name if the club left the ground without their backing."

Now that would be nuts.