Don Fabio announced his England international squad for the World Cup qualifiers against Kazakhstan and Belarus over the weekend. 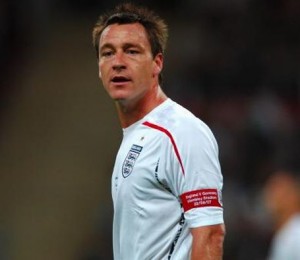 Among the 23-man squad are four Chelsea players: defenders John Terry, Ashley Cole and Wayne Bridge as well as midfielder Frank Lampard. For some reason, there was no room for Joe Cole, fresh off scoring at the weekend against Aston Villa. Joey picked up a knock in the match but, as said by Uncle Phil, only needs a couple days rest before returning to full fitness. So, explain that one to me Capello.

More bemusing for me is the absence of Ashley Young and Micah Richards. Hasn't Ashley done enough to warrant a spot? And Micah, he's infinitely better than Matthew Upson(?!). Also, I see Jermain Jenas has made the cut once again. For what reason exactly?