Share All sharing options for: The Low End Theory

Ballack, apparently fuming at the treatment of Germany senior players such as Torsten Frings, launched a scathing public attack on Loew earlier in the week. The German captain -- for how long? -- questioned Low's loyalty to senior players.

"There was a group of experienced players in that squad like Torsten Frings, Miroslav Klose and me whose achievements have suddenly been questioned and we find ourselves under attack," said Ballack. 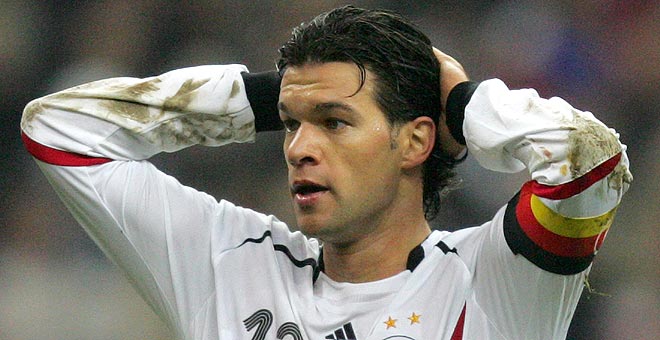 Among his other comments, Ballack said the reason Germany struggled during Euro 2008, despite reaching the final, is because of problems within the team's makeup.

"We were a team of good players who didn't function, because the hierarchy wasn't right," said Ballack. "We should be careful to encourage players. I want this team to become world champions and that is a real possibility."

While Frings, recently dropped by Low, has publicly supported Ballack, a whole host of German legends have not. Former Germany captain Lothar Matthaus and former Germany coach Jurgen Klinsmann have chastised the Cheslea midfielder for his comments.

Klinsmann wants Ballack to apologize: "The situation is very simple. Michael must apologise for his comments on the coach and the players."

Matthaus took a little more even stance: "Ballack's public criticism cannot be ignored by the coach of the national team. Such a thing does not belong in the public arena. I do not understand why the captain has done this. Every discussion between a senior player and the coach should happen behind locked doors."

He went on to say Ballack is an integral part of the national team and should not be dropped.

"Ballack at the moment is the only Germany player of world-class," he told website ZDF online. If we want to achieve something big we can't do it without him. Ballack makes the difference. But what he is doing at the moment harms his position and that of the team."

Low has since requested -- really demanded -- Ballack return to Germany in order to flush out a solution to the row. Chelsea has blocked that move because of Ballack's recent foot surgery. Uncle Phil went on to say Low could come to London if he we so inclined.

So, I must ask, who is at fault here. Is it Ballack for publicly airing out "family" business? Or is it Low for supposedly failing to properly treat senior players?

Moreover, will Ballack's decision come back to haunt him -- i.e. being dropped from the national team. It's plausible.

I guess we'll just have to wait and see.