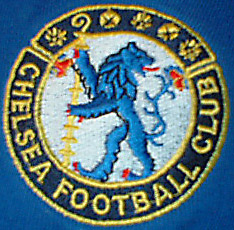 Its amazing how a week can change the fortunes of our football club. This time last week we were all looking forward to the possibility of playing Man Utd THREE times in the space of three weeks - in games that had true meaning.

A week later Chelsea welcome Man Utd to Stamford Bridge on Wednesday night as Champions of the Premiership. No longer will we meet each other in the Champions League final but we do meet again in eleven days time at the new Wembley in the first FA Cup final played since Chelsea won the FA Cup back in 2000. (By the way, where's my tickets?)

I must admit that I didn't want Man Utd to come to Stamford Bridge as Champions and I was 'screaming' for a Chelsea winner at Arsenal on Sunday, but as they are I am going to applaud them accordingly. After all, whatever you may think they have been the best team this season as much as I hate to admit it.

Without being disrespectful to Hilario, how would have Man Utd coped if they had lost the services of Van der Saar for three months? I feel its a question that should be asked, but I know there will never be an answer.

As for Wednesday night's teams. Who knows? Chelsea will be without Sheva, Ballack, Boulahrouz, Drogba, Carvalho, Robben for a start. For Man Utd again who knows?

With the FA Cup final on the horizon - Chelsea looking to achieve the domestic cup 'double' and Man Utd looking to secure another 'League and Cup double, who's to say 'lots of kids' will be on show.

Pray for the safe return of Little Maddie.