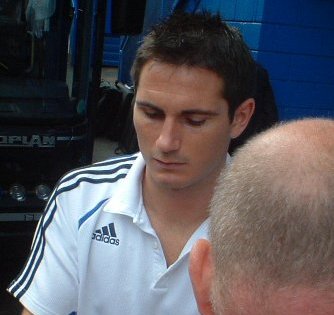 Chelsea return to Premiership action this afternoon in the tea-time kick-off against relegation threatened Watford at Vicarage Road.

Frank Lampard returned from pah!! pah!! pah!! England duty with his wrist in plaster, but is expected to play this afternoon.

Arjen Robben however was not so fortunate. He returned from Holland's International duty with swelling on his knee and underwent surgery on Friday afternoon. Although the diagnosis is good, he is expected to be 'missing from action' for the next four weeks. With Robbo's injury record this season, don't expect him to be playing again this season!!!

Brighter news is that Joe Cole is expected to return shortly. Although it is not clear if Coley will be available this afternoon, he could very well make a big impression in Wednesday's Champions League clash against Valencia.

And talking of Valencia, yesterday I managed to get tickets for Wednesday night and I have got my tickets for the semi-final against Blackburn at Old Trafford in two weeks!!