Arsenic Whinger - Didn't Let Me Down

Share All sharing options for: Arsenic Whinger - Didn't Let Me Down 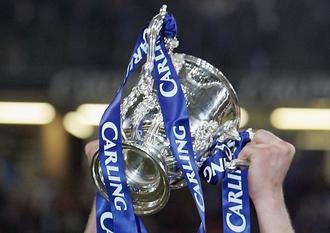 There seems to be an awful lot of nice guy and nice guy going about during the aftermath of last Sunday's Carling Cup final between Chelsea and Emirates XI.

First Emirates XI apologise for the behaviour of the team and a certain number of Emirates XI players, then Chelsea yesterday (Friday), admit the FA charge of 'failing to control their players.'

But the most amazing outage of all this is the outbursts given by Emirates XI manager Arsenic Whinger, notably since his team was knocked out of the FA Cup, four days after the Carling Cup defeat!

I had been waiting for the Arsenic to vent his spleen earlier but it is obvious to a blind man that Whinger used the Blackburn defeat to cover his own shortcomings as a manager and now a manager under pressure.

Out the the title race, losers in the Carling Cup Final, out of the FA Cup and only have the Champions League to fight for and to win a trophy. 1-0 down against PSV isn't going to be easy to turn around at Cashburton Grove. Yep no doubt. Whinger is a manager under pressure.

Free the 'Adebayor One.'

Mikel and Toure were battling in the midfield with Chelsea 2-1 up. Mikel tugged Toure's shirt, Toure tooka swing with his leg and missed and then Toure squared up to Mikel who did nothing than commit the original foul. As Captain of his team, Toure let his team down as well as millions of impressonable 'kids' around the world and was quite rightly shown the red card. Mikel went too!!

Whilst Toure and Mikel were squaring up with each other, Fabregas came storming in closely followed by Adebayor and his 'flailing winding arms.' like an out of control windmill, heading for the top of Lampard's head.

But Arsenic fails to comprehend or recognise this notion of events, but he hasn't said that he has recognised the poor reaction to the red card given to Adebayor as Adebayor took forever and a day to leave the field of play.

Meanwhile back in Cardiff and on the pitch. Eboue took aim at Bridge's head and got away with it - at least until the FA used video evidence and subsequently banned him.

And now the silly old fool has earned himself a THIRD misconduct charge this season.

There should be interesting reunion when the two teams meet again at Casburton Grove in May.