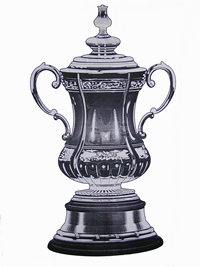 In the mad season of 2001/2002 Chelsea and Tottenham played each other FIVE times in various competitions: Premiership, League Cup and FA Cup. Of those five meetings, Chelsea won four of them.

The only blip on the perfect record that season came in the League Cup semi-final 2nd leg when Chelsea leading 2-1 after the first leg travelled to White Hart Lane and were resoundly beaten 5-1.

However revenge was sweet for Chelsea because on the 10th March 2002, Chelsea went back to White Hart Lane in the FA Cup and won 4-0 and a few days later in the Premiership at Stamford Bridge Chelsea won again 4-0 with Chelsea legend, Jimmy Floyd Hasselbaink scoring the perfect 'hat-trick.'

See the video below and for those not sure of what a 'perfect' hat-trick is, a perfect hat-trick is where a player scores goals using his head, his left foot and right foot as Jimmy Floyd Hasselbaink proves.

This season Chelsea and Tottenham have already played each other at White Hart Lane and Tottenham won for the first time in 30 odd League attempts, 2-1.

The last time Tottenham won at Stamford Bridge was way back in 1990 when Gary Lineker scored the winner.

John Terry is expected back to lead the team as they continue their assault on three trophy fronts. A win over our North London rivals will do just fine.