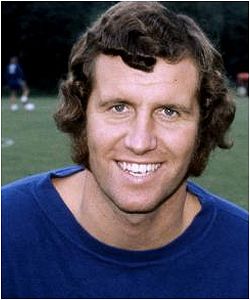 A year ago today I was at work when I heard the news that the 'King of Stamford Bridge' had sadly passed away at the young age of 59. I admit I rushed to the loo and shed a few tears to mourn the passing of an absolute Chelsea Legend.

I was fortunate to see the great man in action on many, many occasions and even had the opportunity to try a save an 'Ossie' special in goal. Notice the word try. As soon as I had positioned myself in goal, quick as a flash the ball was in the net - it was an honour LOL.

Along with another late Chelsea great, Ian Hutchinson, I was treated along with a massive group of Chelsea fans (including my wife) to the special Ossie 'hospitality' when he and Ian used to own a pub in Windsor. Because of their special brand of hospitality they didn't have the pub too long because legend says that they were always buying Chelsea fans who visited plenty of drinks.

Because of his hard living off the football field, Ossie's England career was restricted to just a handful of appearances. Had Ossie 'towed' the line - he would have been an England 'great.' But our Ossie towing the line, he just wouldn't have been Peter Osgood - King of Stamford Bridge!!!

Buried deep into the penalty spot of the 'Shed End' lies the ashes of Peter Osgood - The KING OF STAMFORD BRIDGE!!!