Even God needs a rest from time to time

Share All sharing options for: Even God needs a rest from time to time 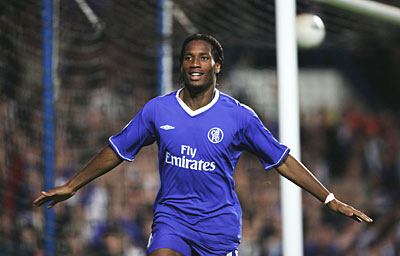 It was called the Middle Ages, you know?

John Terry had a slight back problem today, and decided that his team could do it without him as they faced the Toffees in a showdown. Although his replacement, Khalid Boulahrouz, was a bit shaky, he managed all right, despite the incident with Merseyside Police. All due respect towards Everton, as they played their hearts out, though both of their goals were partly due to Chelsea's mistakes. Not that that matters at all, as plenty of goals come from mistakes, and, in the end, a goal is a goal.

Moving on to the best parts of the match, and this isn't only because I support Chelsea. I mean....Ballack's free kick....Lampard's amazing shot.....and then Drogba. Wow. Just wow. As far as I am concerned he is the best striker in the EPL right now. Youtube videos later if I can find them, because that was just unbelievable.

There have been complaints in the past saying that Chelsea plays 'boring' football, but today they did not. The whole match was exciting, and it really could have gone either way, or at least to a draw. But then Drogba received some grace from God.......John Terry must have been watching it from the side.