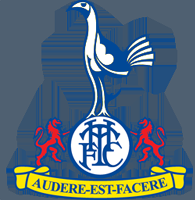 The last time Tottenham Hotspur beat Chelsea in a League game was way back in Feb 1990 when in the 'old' First Division Gary Lineker scored the winner in a 2-1 victory at Stamford Bridge.

Sixteen years and thirty-two matches later the men from White Hart Lane at White Hart Lane take on Chelsea again on Sunday hoping to end this awful Indian sign record. Of another record that Tottenham would look to erase is that Tottenham has not scored against Chelsea at home in the League since the 3-2 defeat back in September 2001..

Tottenham has had a victory over Chelsea in recent years when they won 5-1 at White Hart Lane in a League cup-tie. After this game there were two more meetings between the two clubs and Chelsea won both 4-0. One was in the FA Cup at White Hart Lane and the other three days later in the League at Stamford Bridge.

Chelsea have no injury worries and after the titantic battle in the Nou Camp midweek - a surprise considering the nature and importance of the game and there are two decisions that Jose must make before naming his line-up.

Does Jose recall Andriy Shevchenko who has had a troublesome thigh for the last two weeks? Does Jose recall Carlo Cudicini to replace the extremely impressive Hilario who has served Chelsea well in recent games?

Tottenham has a doubt about Michael Dawson after their exciting 3-1 win over Bruges on Thursday night.