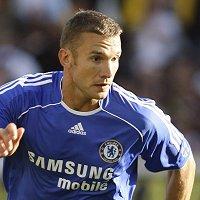 The Academy got back to winning ways at the weekend with a hard fought 1-0 at the Canaries of Norwich City. In true footballers style the squad travelled down to Norfolk on Friday afternoon and were able to prepare and focus on the match without distraction, after two successive defeats - oh how the other half lives!!

Coach Ruud Kaiser was delighted with the team's response. He said, "It was very important for us after two losses to get back to the basics. We had to organise the defence very well, because we know we have good attackers and if we defend well we can score.

"We didn’t give one chance away in the first-half! Until the last 10 minutes I think 75 per cent of the time we had the ball.

"We didn’t make a lot of chances because they had 10 men behind the ball all the time. But in transition we were great, when we lost it we fought to get it back."

On the only goal, scored by 17 year Sam Hutchinson, Ruud said "We must have had 10 corners in the first-half, and from this one out of it the ball came to Sam Hutchinson and he turned and put in a great shot. We deserved that 1-0."

The Academy's home game against West Ham at Cobham has been moved back to Friday 17th November with a 12 noon kick off.