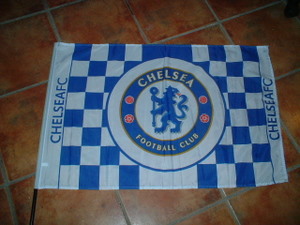 After the fantastic victory against Barcelona on Wednesday what type of team does 'The Special One' select for Saturday's visit of Portsmouth to Stamford Bridge as Chelsea go in pursuit of a 'hat-trick' of Premiership titles.

Does he decide to keep the momentum and the togetherness going? Or does he change it, knowing full well that he can rest his most senior players in midweek, when the Champions take on Blackburn Rovers in the Carling Cup at Ewood Park.

I think he will keep the same line-up that started against Barcelona.

Hilario - No change, cos Jose can't, unless Carlo has made a miraculous recovery

Makelele - Well its Maka after all

Essien - On fire
Lampard - Getting back to his best
Ballack - Needs the game. First Premieship appearance since his sending off against Liverpool

Shevchenko - Needs a goal
Drogba - Well. What more can you say about the man!!

Portsmouth has got off to a fantastic start this season under Harry Redknapp, although they have suffered two successive league defeats. One man who I am marking as Portsmouth's 'dangerman' is Kanu.

Kanu is on fire and has already scored six Premiership goals and the name Kanu always sends a shiver down my spine as he was the man that destroyed Chelsea playing for Arsenal with THAT fifteen minute hat-trick at Stamford Bridge, almost six years to the day.

Chelsea has won all SIX Premiership meetings with Portsmouth, scoring fourteen goals in the process.